Welcome to my little ole' scrapping blog! I am so glad that you stopped by! I have decided to take on the challenge of telling my story and I am so excited that you have stopped by to check things out! This blog will feature lots of scrapbook projects and lots of stories from my day to day! I look so forward to getting to know you! 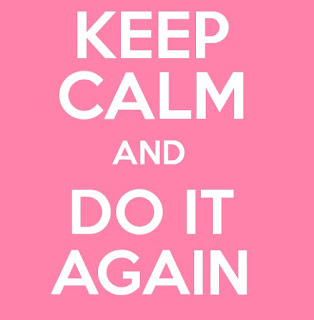 Well, hello there!  Monday already!  Are you ready for a new week?  Lots of opportunities for getting stuff done!  I am all about being productive and getting things accomplished! I have 4 different lists started already today!

So, as I have mentioned I have 4 kids.  I have a scrapbook in motion for each of them.  These are the books I started many, many moons ago!  I have flipped through each of these recently and have decided after much (very, very, very much!!) thought that I am going to re-do each of their albums!!  *GASP!!*  I know, I know.....that is pretty much a no-no in the wonderful world of scrapping, but I think I am going to be a rebel and do it the heck anyhow!  The thought process here is that you created these at a time when things were different in your life and you should embrace those pages for that reason.  That in itself tells a part of your story.  I do agree with that to a certain extent, but think I am going to plow forward anyhow.  I feel like I have grown so much as a crafter over the years and I want to share that with my kids. I want to preserve my creativity in these albums as much as anything else.  As many of you know,  we are more often than not the picture takers, the moment capture -ers, and the historians and so we spend most of our time behind the camera. This will allow me to be a part of the albums too! Win,win!

For anyone who is currently cringing in their seats at the thought of me re-doing pages  (which I can totally understand!), rest assured that I do plan to sprinkle a page or two of the existing pages throughout their new albums.  However, despite it being super trendy at the time there are things I feel like I NEED to change!!   For instance, I cut some of the photos into weird shapes!!!  (Noooooo!)  Even worse, I used border edge scissors to do it!    *thud!! falls over!*  (Ugh!!!)   Those may be really difficult to recover from. They are old photos (Like take them to the pharmacy to be developed from a roll of film old photos!)  That damage may just be done!  LOL

I felt like I needed a starting place for this giant new venture, so making a shiny new title page for each album seemed like a great place to get started!  Here is what I came up with: 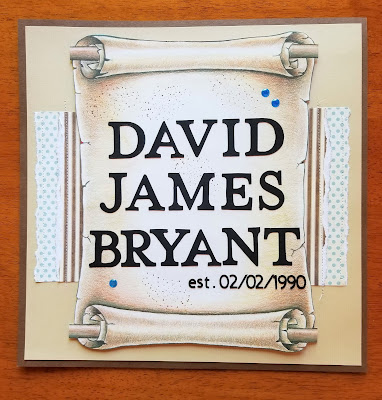 First one.....first born!  I fussy cut the scroll from a piece of printer paper.  It was from one of those pre-printed paper packs you can buy from an office supply store.  I have had it laying around in a drawer for practically ever!  I was tickled to be able to use it!  I used letter dies to cut out the name and then my Cricut (which I am still learning to use!) to cut out the numbers.  I raised the whole thing up by gluing it to fun foam. 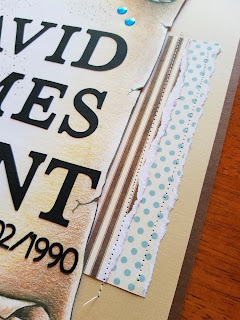 I cut and then tore and then layered some patterned paper under the scroll and used my sewing machine to stitch a few basic lines down each piece.  I chose colors that matched the scroll for my background pieces and added some fun bright blue enamel dots. 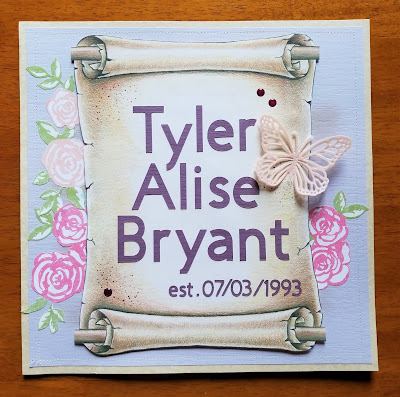 Second one....second kiddo!  I wanted something really feminine and pretty for my girls!  I repeated the scroll process, but used soft colors.  This kiddo likes purple.  This time I used my Cricut for the letters and numbers. 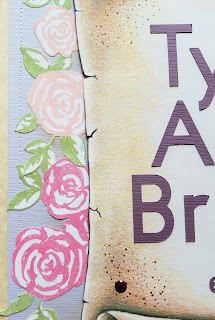 I fussy cut about a ga-zillion of those flowers from one sheet of patterned paper and tucked them behind the scroll. 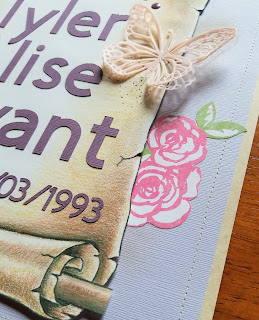 I sewed around the border of the whole page. 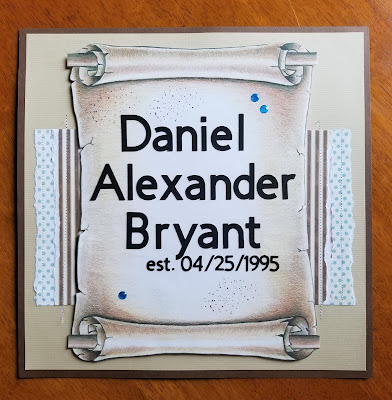 Kiddo #3!  Same design, but again used my Cricut for both the letters and numbers.  I also used a sponge and a brown stamp pad to grungy up the beige background piece. 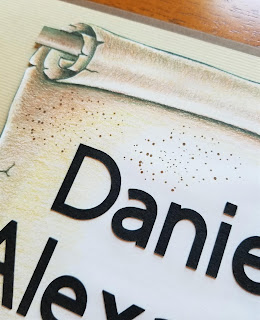 I stamped some splatters onto the scroll in different places to make it look a little more worn and tattered. 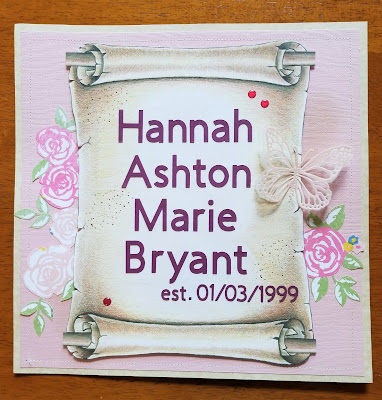 Kiddo #4! I repeated the whole process with this one, but changed up the colors a bit.  I just love all those pink pieces playing off each other! 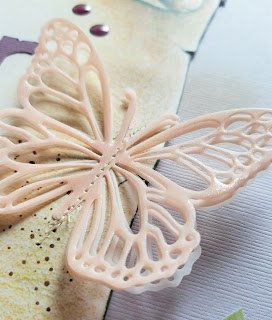 To make those beautiful butterflies I cut three layers from a die using vellum. I used two white layers  and one pink layer.  I coated the top layer in glitter using a Wink of Stella glitter pen and then sewed it in place using my sewing machine.

I am pretty pleased with how these title pages turned out and I am ready to get started on the new old album redo's!

My plan is to re-do an old page and share it here with you on Mondays!  In most cases, I will share the old and the new pages with you!  If any of you are doing the same, please share your pages with me too!  I'd love to see them!

I am so happy that you stopped by! I look forward to seeing you again real soon!

AnnMarie
Hi there! My name is AnnMarie and I am so excited to meet you! A little about me...I am a wife (of 29 years!) to my very best friend, mom to 4 of the most amazing kids you will ever lay eyes on and Grams to 3 of the world's most adorable grandchildren ever! I am a long time crafter, rubber stamper and scrapbooker! I love colors and being creative is my happy place! I try to workout and walk daily and eat right almost daily! I do, however, believe strongly in the power of chocolate! I have come to the conclusion that it is incredibly important to tell our stories and have decided to take on the challenge of combining those stories with a little bit of art! I hope to capture the season's of both my life and my families lives along the way! So, let's get started! Happy scrapping! :) 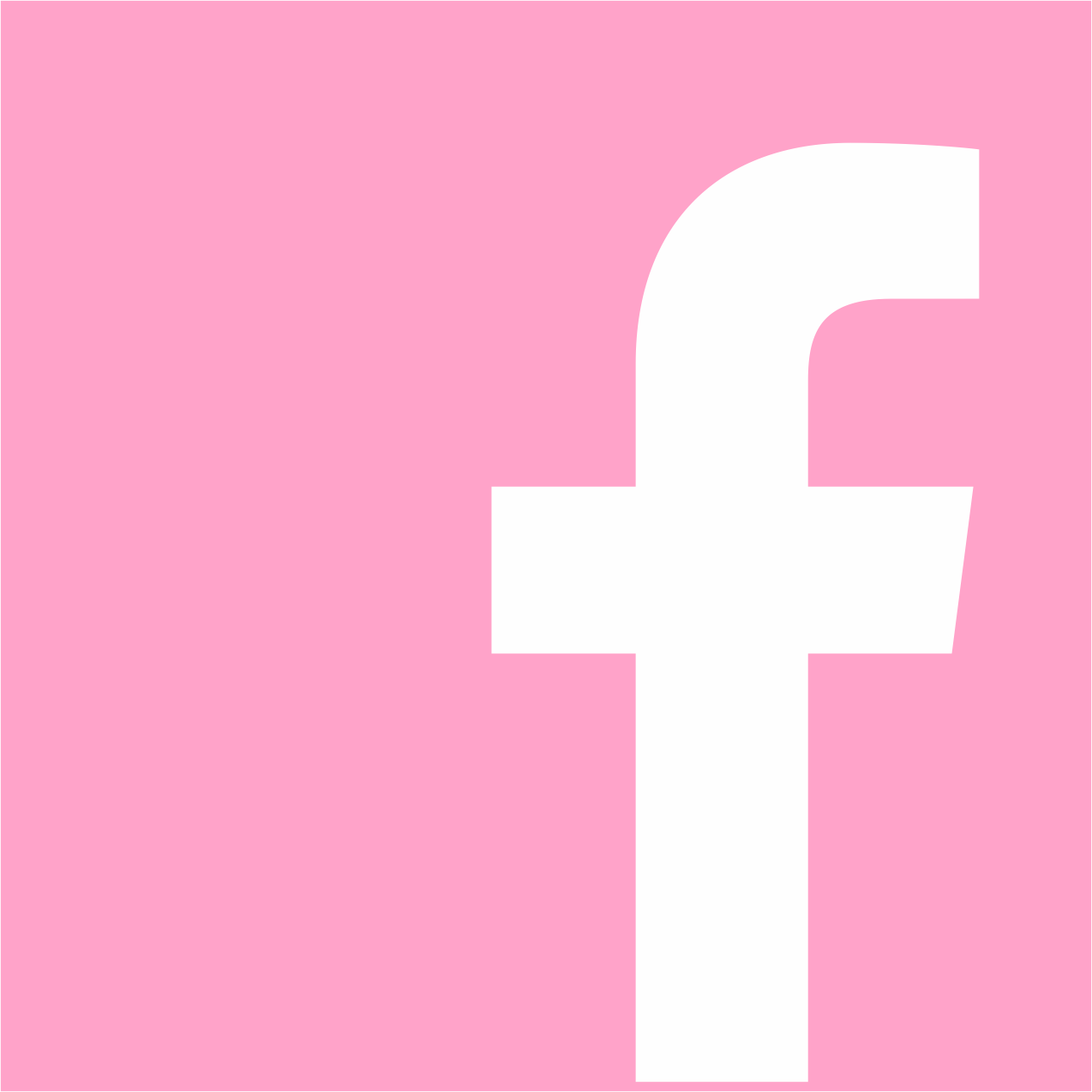 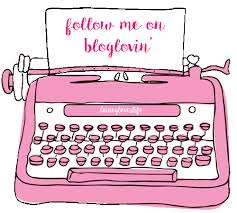